Canada and the Bear Story 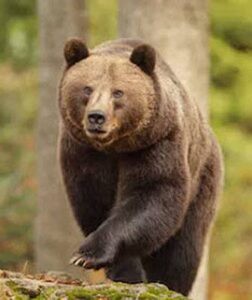 When briefing the military, it’s just as important to explain what NOT to do. Just the FACs.

Over the years, I have gone on a lot of deployments to other countries. I used to go up to Canada and assist them to teach their “forward air controllers”. The “FACs” job is to call in airstrikes against the enemy in support of their own troops. The A-10 is the best airplane in the world for close air support.

I would fly up and land at their base, give them briefings, and then we’d go fly to the target area. Then the FACs on the ground would contact us and give us directions to the target, to get our eyes on the target. Then we would drop bombs and strafe the designated area.

One time I was up in my A-10 on a training mission. As I was rolling in on the target, all of a sudden something starts to move in the target area. It’s a big bear! And all the Canadians on the ground yell, “Shoot it! Shoot it! We want bear for supper!”

I said “No, knock it off, knock it off! Don’t shoot the bear!” There would have been nothing left if we hit it with a thirty millimeter!

The Canadians really know how to throw an event (party). They treated us fantastically.