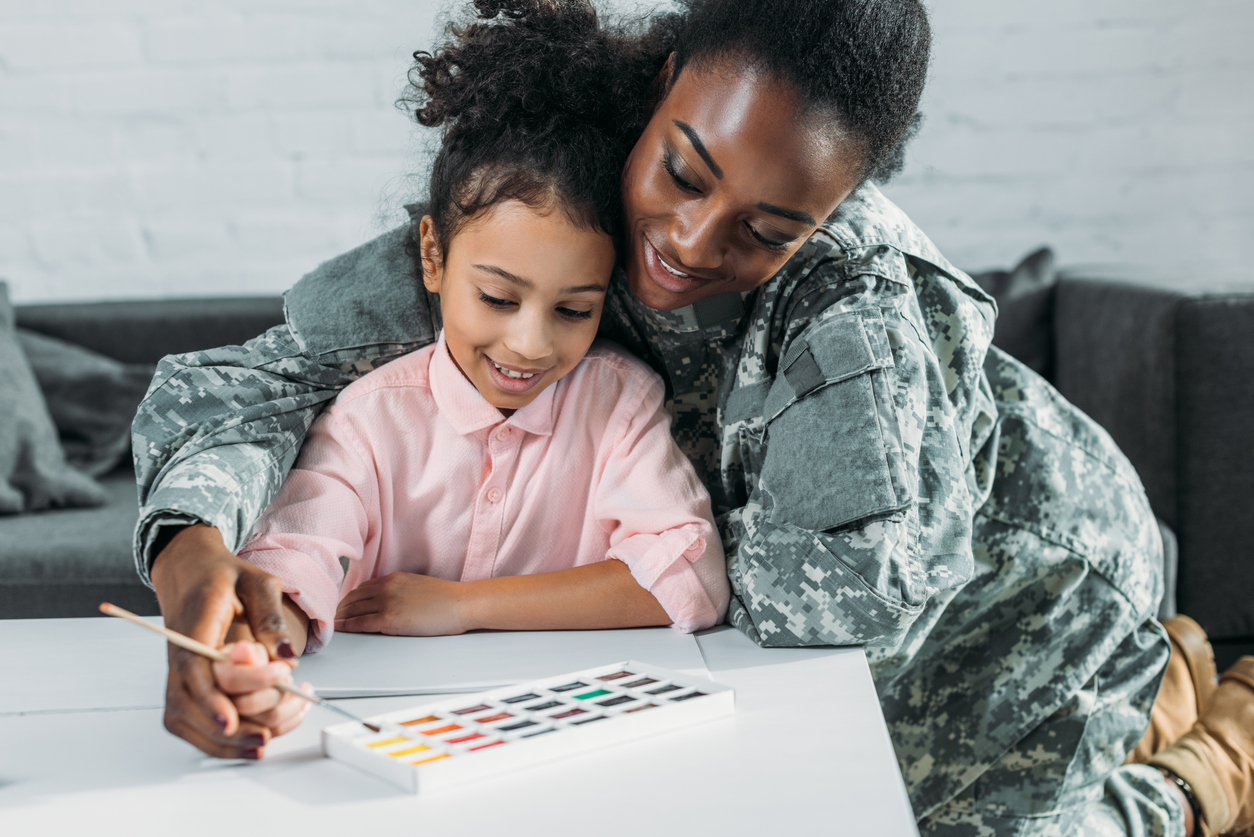 The draft ended in 1973, at which time only 2 percent of enlisted forces were women. Today women make up 16 percent of active-duty members, some of whom are mothers (Council on Foreign Relations).  Recognizing that diversity and inclusion are keys to innovation, branches of the United States Military have taken steps over the years to increase opportunities for female service members (Department of Defense). In 2015, the ban restricting female soldiers in combat was lifted, and women’s participation in military services has slowly continued to grow.

For women of child-bearing age, military service can be a mix of both opportunity and challenge. Active-duty birth mothers are granted six weeks of maternity leave and may receive another six weeks of “primary care-giver leave” (Military One Source “Types of Military Leave”), and the Department of Defense in many cases is able to assist parents with child care (Military One Source “Parenting and Children”). Along with the support provided by the military, service members often turn to extended family for additional assistance in the case of deployment.

According to U.S. Navy Dr. Marion Henry, deployment is part of the job. "No matter what your job is in the military, you will not progress or succeed unless you deploy” (Today.com).  Unfortunately, some disapprove of moms being deployed, but as U.S. Army Captain Megan Harless points out in Today.com, “We’re all still veterans and all still fighting for that one cause.”

At Waitte’s Insurance Agency, we salute all of our servicemen and servicewomen and today give special thanks to the sacrifices made by the mothers serving our country. Anyone interested in supporting our troops by writing letters can click on the link below to “8 Websites Where You Can Write Letters to Soldiers.”

"8 Websites Where You Can Write Letters to Soldiers"
Council on Foreign Relations "Demographics of the U.S. Military"
Department of Defense
Military One Source "Parenting and Children--Benefits"
Military One Source "Types of Military Leave: What It Is and How It Works"
Today.com