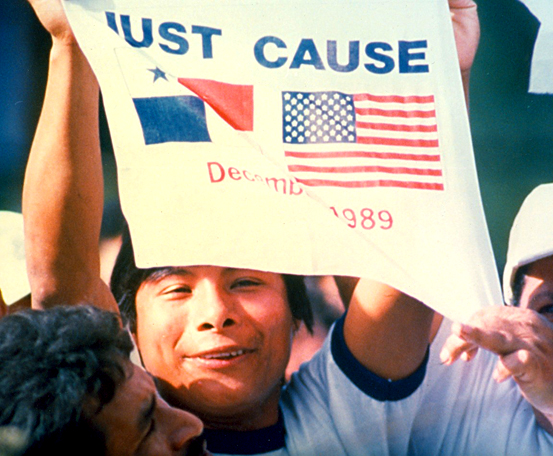 Two of Our Guys Are Missing
I was deployed to Panama in 1989 as a member of the Connecticut Air National Guard. We were there preparing to support Operation Just Cause, the invasion that eventually led to the arrest of dictator Manuel Noriega on drug charges and other crimes.

During the Summer of 1989, we flew training missions around the Panama area. We’d go to bombing ranges, do low-level flights, that sort of thing.

One day, I was the deployment commander. I get a call from the munition’s depot. Two of our guys are missing. They were in a military vehicle carrying bombs from the bomb dump to our A-10 jets. But they took a wrong turn. In Panama at the time, that could get you in a lot of trouble.

They ran into some troops from the local Panamanian Defense Force, Noriega’s guys. They forced the two Americans on the ground and put M-16 rifles to their heads. Then the PDF took them to their headquarters at Fort Amador.

So, I basically went over there and talked to the officer in charge of that group. I said, “You know, we're all guard guys.” That seemed to make a difference to the officer. That we weren’t active duty.

I continued, “You see those A-10’s over there? They all belong to me. So, if you don't let my guys go, you're going to suffer some serious consequences. “

Of course, I couldn't really do anything bad. But he didn't know that. They soon released my guys.

Not Enough Room on the Base
As we were starting the buildup, U.S. authorities were trying to get all the Americans onto Howard Air Force Base. And they had to allocate by rank so many square feet of housing space per person.

So, every day I had to go sit in the staff meetings where we’d be briefed about the problems they were having with overcrowding.

And the general at the briefing said, “I've been thinking that, too.” I guess I was a lot like my son on that one.

They brought in a lot of people. One was a pregnant American girl who lived in an apartment down in Panama City. One day some of the PDF guys broke in and threatened to rape her. But she said she was pregnant, so they left her alone. That was good, quick thinking on her part.

Once Noriega was captured, everyone left the base and returned to their homes.

Our Man at the Elks Club

A funny thing. I'm driving one day with some guys. We reach the Panama Canal and see this big, yellow-reddish Yugoslavian ship going by.

We drive into Panama City and see an Elks club. I was big into the Elks, but I always thought they were just in the contiguous United States.

So, we walk into the club. We’re talking at the bar when this guy comes in. We start chatting, and I mention the Yugoslavian ship we saw. He says, “That was me. I was piloting it.” Pilots are essential. They’re responsible for guiding the ship through all the turns and past the bad areas, as well as making sure they didn’t hit any other ships.