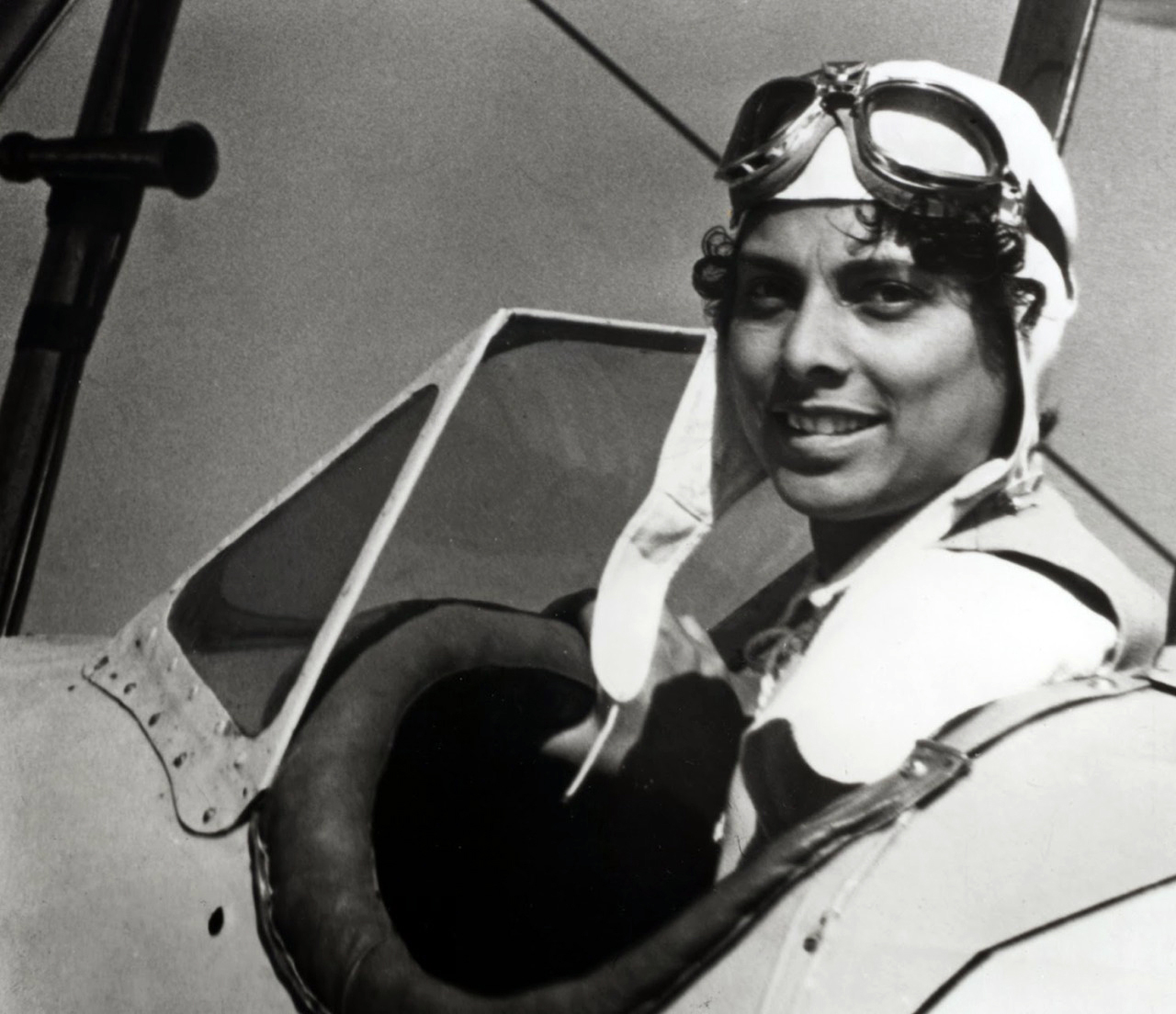 It all began in the early 1930s. Willa Beatrice Brown took her first flight as a new hobby when she was working as a public-school teacher in Chicago. At the time, Chicago was becoming the center of Black aviation, and Willa Brown soon took an active part.

Brown was inspired by Bessie “Queen Bess” Coleman, who was also from Chicago. In 1922 Coleman was the first Black American woman to earn her wings…only she had to learn to fly and earn her wings in France, not the United States. Coleman was part of a small talented group of Black aviators in the 1920s and 1930s.

In 1934, Brown started taking flying lessons herself, at racially segregated Harlem Field, on the southwest side of Chicago.

At the same time, she attended Curtiss–Wright Aeronautical University, where she studied aircraft maintenance. She was one of the few women during that era to attend the prestigious school. In 1935, she earned her Master Mechanic Certificate and began giving flight and ground school instruction at Harlem Field.

And in her spare time (!!!), Brown earned a Master of Business Administration degree from Northwestern University.

She finished her pilot training in 1937, and in 1938 Willa Beatrice Brown became the first Black woman to be licensed as a private pilot in the United States. The next year, she earned her commercial license.

In 1937, Brown and other Black pilots founded what would become the National Airmen’s Association of America (NAAA). The NAAA’s primary mission was to attract more Black interest in aviation and aeronautics and to facilitate the acceptance of Blacks into the US Army Air Corps. The NAAA eventually included more than 2,000 members, with chapters across the Midwest and East Coast.

Brown took on public relations duties for the organization, flying to colleges and speaking on the radio to promote the cause. She eventually served as president of the NAAA’s Chicago chapter.

In 1938, Brown and her husband and fellow pilot, Cornelius Coffey opened the Coffey School of Aeronautics at Harlem Field. Their school was the first flight school owned and operated by Blacks in America.

Chauncey Spencer, a former student at Coffey and a founding member of the NAAA, said, “Willa was persistent and dedicated. She was the foundation, framework, and builder of people’s souls. She did it not for herself, but for all of us.”

Having established herself in the aviation business, Brown lobbied the US government to integrate the US Army Air Corp and to include Blacks in the Civilian Pilot Training Program.

At the request of the US military, the school conducted a test program aimed at proving that Blacks could become successful pilots and flight instructors. That program led to the creation of the 99th Pursuit Squadron at Tuskegee Institute, the military’s first Black pilots.

In 1939, the Coffey school was one of the few Black aviation programs selected by the federal government to train Black cadets. Over 200 Black pilots graduated from the school and became members of the legendary Tuskegee Airmen

In 1942, Brown achieved another “first” when she was the first Black woman promoted to officer in the Civil Air Patrol (CAP). She served as federal coordinator of the Chicago unit’s civilian pilot training program.

Not long after World War II, Willa Brown and Cornelius Coffey closed the Coffey School of Aeronautics. She remained politically active and continued to advocate for racial equality. Her dream was realized in 1948 when President Truman abolished segregation and ordered the full integration of the armed forces.

For years Brown continued teaching in the Chicago public school system, focusing on aeronautics and business subjects. After her retirement in 1971, she was the first Black woman appointed to the Federal Aviation Administration’s Women’s Advisory Board, serving on the board until 1974.

A decade later, Women in Aviation International named her one of the 100 most influential women in aviation and space.